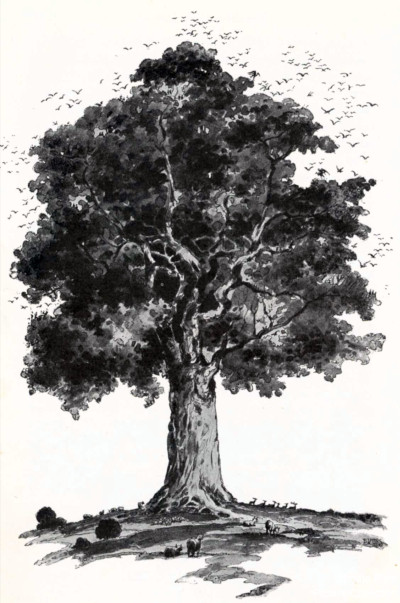 The Second Dream of Nebuchadnezzar

Pay notice that Nebuchadnezzar used the first person pronounce in chapter 4. This chapter is essentially his autobiography.

Some believe that the second dream mentioned in chapter 4 happened twenty or thirty years after the furnace incident in chapter 3.

v17: “The decision is announced by messengers, the holy ones declare the verdict, so that the living may know that the Most High is sovereign over the kingdoms of men and gives them to anyone he wishes and sets over them the lowliest of men.”

Daniel said similar praise to God after God revealed Nebuchadnezzar first dream to him (2:21). Here in verse 17, it is repeated again by a watchman/messenger in Nebuchadnezzar’s second dream. This is the theme of the book of Daniel.

v27: Therefore, O king, be pleased to accept my advice: Renounce your sins by doing what is right, and your wickedness by being kind to the oppressed. It may be that then your prosperity will continue.”

Daniel was calling for repentance. God gave Nebuchadnezzar another opportunity to repent but he chose the tough path.

By telling the truth, Daniel actually knew he could risk his life because he knew how cruel Nebuchadnezzar could be. But he chose to be obedience to God’s calling in his life.

v29: Twelve months later, as the king was walking on the roof of the royal palace of Babylon

God even gave the king an entire year but he refuse to yield.

v30: he said, “Is not this the great Babylon I have built as the royal residence, by my mighty power and for the glory of my majesty?”

Even after two dreams, and witness God’s power on the furnace, Nebuchadnezzar was still prideful to himself.

v31: “Your royal authority has been taken from you”.

God has the power and authority to remove any king as He wishes.

v32: “… the Most High is sovereign over the kingdoms of men and gives them to anyone He wishes.”

After seven years, the king finally repented. The response of Nebuchadnezzar reminded me of Job. Although they had totally different experiences and background, for example Job was a upright person who feared God. However both of them have greater understanding  of who God is after experienced trials in their life.

v36: “At the same time that my sanity was restored, my honor and splendor were returned to me for the glory of my kingdom. My advisers and nobles sought me out, and I was restored to my throne and became even greater than before.”

As with Job, God also restore Nebuchadnezzar kingship after he had repented.

It is remarkable that Nebuchadnezzar recorded his beastly behavior, admitted his pride and give glory to God in his autobiography. God is in control. No matter how bad a person was, God has the power to change him.