King Belshazzar and party drank from the goblets from Jerusalem Temple, and while doing that, they praised the gods of gold and silver, of bronze, iron, wood and stone (v4).

If Daniel was 16 when he was taken to Babylon in 605 BC, and Babylon fell to the Medes and Persians in 539 BC, then Daniel was 82 years old when Belshazzar summoned him to the banquet hall.

The reason why God judged King BelShazzar was

Belshazzar could only reward Daniel with the 3rd highest ruler in the kingdom because Belshazzar was ruling the kingdom together with his father Nabonidas.

Darius was the title of the persian king, similar to Pharaoh as Egypt’s king. The name of this Darius is probably Cyrus.

Babylon was founded by Nimrod, a rebel against the Lord (Gen 10:8-10). Rev 17 and 18 describe the rise and fall of mystery Babylon in the end times. 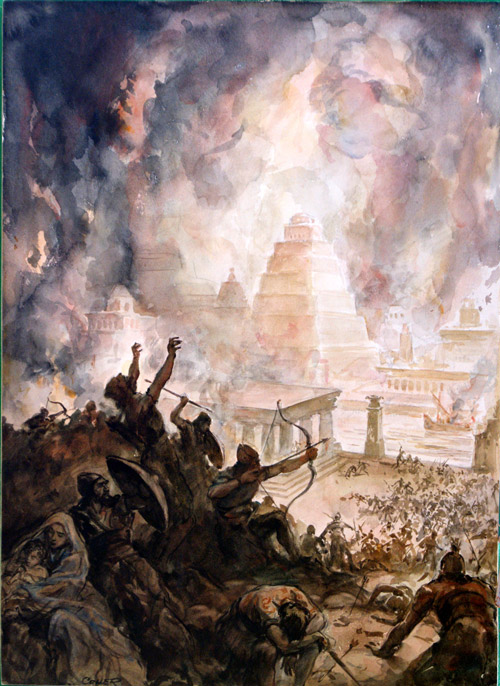 Persian’s attack on Babylon in 539 BC